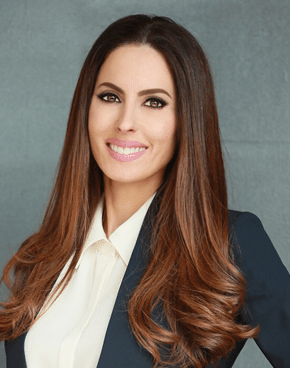 Kerri Kasem, a multimedia personality, producer and writer, has anchored music, talk and entertainment programs for radio and television. 2017 marks her twentieth year in the business. In February 2010, she joined Premiere Radio Networks for the launch of Sixx Sense with Nikki Sixx and The Side Show Countdown. In April of 2014, she left Sixx Sense to form the Kasem Cares Foundation, a non-profit organization which and has successfully passed bills in multiple states to stop elder abuse. Soon after her exit from Sixx Sense, Kasem joined Gurvey’s Law on 790KABC.

In addition to co-hosting Gurvey’s Law, Kasem co-hosts the syndicated Red Carpet Radio for Cumulus Media heard on 300 across the US and Get Mortgage Fit heard on 70 stations.

Rising Star. Kasem previously served as co-host of the nationally syndicated Racing Rocks with Riki Rachtman for nearly seven years. She has produced and hosted shows for MTV Asia, National Lampoon® and Sprint.Her credits include hosting, MTV USA and Asia, America’s Funniest Home Videos and Coming Attractions on the E! Network, FOX News, SiTV’s The Rub and UFC programs Ultimate Knockouts 3, Ultimate and Ultimate Knockouts for the UFC and SPIKE as well as a motorcycle travel show for SPRINT called SEE America. She has also co-hosted mornings with Alan Stock on KXNT in Las Vegas and The Solomon Free Money Hour on Angels AM-830, she co-hosted Protecting Your Family with attorney Naz Barouti and spent six years on 97.1 FM TALK in Los Angeles and has also been featured in dozens of magazines.

Kasem founded the Kasem Cares Foundation to establish and fight for the rights to have visitation and reasonable access to an ailing parent, especially when under the care and control of an uncooperative spouse or sibling. The Kasem Cares “Visitation Bill” has been passed in 8 states so far CA, TX, IA, UT, LA, VA, AL and WI. On April 27, 2014, her father Casey Kasem’s birthday, she was awarded a Certificate of Congressional Recognition for her foundation’s “dedication to fighting elder abuse and protecting the integrity of the family unit through advocacy.” On April 23, 2016 at the Kasem Cares Conference on Aging, Assemblyman Mike Gatto gave Kasem Cares the California Assembly Certificate of Recognition.