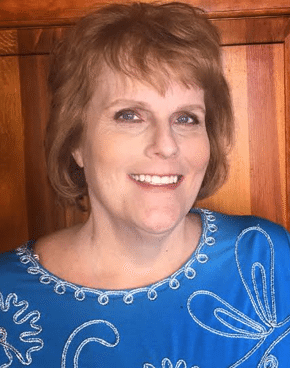 Kathleen is a Board Member at Kasem Coalition. She is the mother of three grown children and grandmother of Wyatt, Wynnie and Dylan.She worked for the United States Postal service as a mail carrier and union representative for eight years negotiating with management for the rights of her co-workers.

In 1990 Kathy got involved with the self help movement attending many talks and conferences on sexual abuse, domestic violence and chemical dependency with speakers such as Deepak Chopra, and John Bradshaw. As a member of the RedCross she helped hurricane Katrina victims by listening to their stories and obtaining clothes, medical attention and funds for lodgings.

During the Christmas of 2012 Kathy’s father was taken by a caregiver “friend” who left no information on where they were going or when they’d be back. That was the start of her father’s 14 month isolation, abuse and eventual death at the hands of others. Not only did they isolate Kathy’s father from all family and
friends, they stole his entire estate and changed his will leaving nothing to his 4 children or grandchildren. This led to her involvement in Kasem Cares and her position on the executive board of Kasem Cares.For the last 2 years Kathy has lobbied the “Visitation Bill” speaking to dozens ofSenators, Assembly Members, Delegates and State Representatives all over the country. She was an instrumental part of the successful passage of the bill in 8states which helped earn Kasem Cares several awards including Congressional and State Assembly recognition.Kathy personally helps victims who write in or call in to the Kasem Cares helpline. She continues to push the “Kasem Cares Visitation Bill” forward in 2017 by
lobbying 13 new states who have the bill currently going through their legislature.