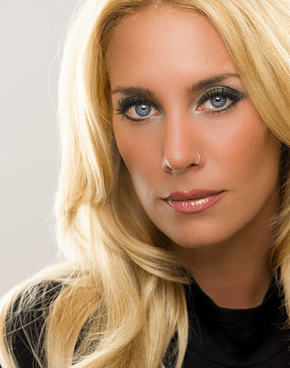 Carrie Jones, a native of Southern Illinois, moved to Los Angeles at the age of 18 to pursue a music career. She was a top finalist on the hit television show “The Pussycat Dolls”, which aired on the CW network. Shortly after the show ended she was sought out by Grammy and Oscar winning producers to do background vocals and session work. In 2011 she joined a girl-group and signed a major record deal with Sony. The group eventually parted ways, and then Carrie’s life took a drastic change—

Carrie’s family informed her that they were unable to reach her 88 year- old great uncle, who resided in California at the time. After walking up and down the halls of hospitals, skilled nursing facilities, and assisted living facilities (approximately 30 in total), she finally found him in a nursing home a few weeks later. His first words to her were “I was beginning to think no one would find me in here”. At that moment she decided to drop everything and help him. She was horrified when he told her about the abuse he had suffered. She had no other option but to educate herself about elder abuse, which she diligently pursued.

Carrie now works for an attorney and dedicates her spare time to raise awareness about elder abuse. Some of her accomplishments include speaking to Rotary Clubs, local hospitals, and doing radio/print interviews. In 2016, Carrie was asked to be on the board of directors of the Kasem Cares Foundation, a non-profit organization that is dedicated to support victims and survivors of elder abuse, and change legislation.

“I reached out to Kerri Kasem on her public Facebook page after watching her story play out in the media. Sadly, our stories were similar. I knew that Kerri’s voice would be heard louder than mine because of her influence. Now, I am beyond blessed to have found an extended family with Kasem Cares. I am encouraged to fight every day, because of the people who share their stories with us. You are not alone. We WILL change the way that our beloved elders are treated!”